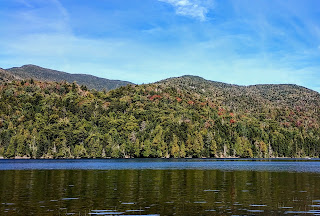 Justin, Rob and I headed to Preston using the same trail we took in the spring. I had forgotten about the flooded section, but soon recalled using the beaver dam to cross it. At Preston a father/son duo was taking a break. We chatted a bit.  Paddled over to the cabin to meet George & Tammy. A little work was done as G&T already did most before we arrived. A little fishing, a little exploring. Lots of camaraderie and food. A little worried Jet was going to follow Justin home. 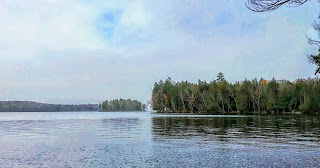 I only turn 50 once although it is more humorous to say I am 29 with 21 years of experience. Usually this weekend is spent doing trail maintenance, a solo camp, and then the NPT Chapter meeting on Sunday AM. Since the meeting was covid-cancelled, I sent out invitations to where I would be planning my camp. A short hike in from the road along a snowmobile path would allow others to find us readily. Food and camaraderie was the order of the day and plenty was had by all. Thanks to all my friends who camped out and/or stopped by to visit for the day (Andy, Kalie, Bill, Ian, Lance, Dan & Carla.) Special thanks to Dan for the firesteel and the cool musket ball; the stories surrounding it were fantastic. Oh, Dan also makes amazing knives. I bought one for my birthday last year (or the year before). http://www.dennhandmade.com/ 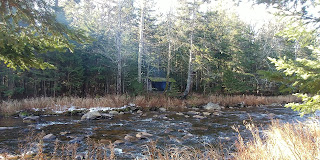 Was supposed to be Meat Festivus 2020 with Justin and Rob. Things don't always work out as planned, but that is part of the adventure. Rob didn't make it, but Lance did. We hiked the NPT to Colvin Brook crossing the same flooded section Jim and I crossed back in the spring. The water was significantly colder as ice was beginning to form. Passed by a hunter on the Sucker Brook trail. Usually don't see anyone back in here. It explained the fresh boot tracks in the mud. There is some trail clearing for me to do next year. Not a lot. Crossing the Cedar River was icy cold. The words of the hunter were often repeated, "you're gonna get wet". Gathered up some firewood, made camp. Food and camaraderie and then the hike back out. None of us were looking forward to crossing the Cedar not to mention the flooded section. Had to be done. Missed ya Rob! 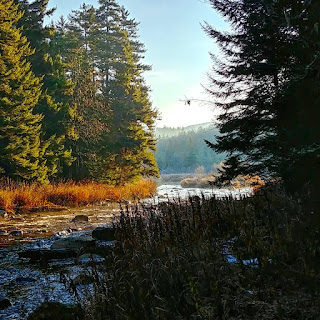 Looked to be a warmer Thanksgiving compared to the last few years. Copperas Pond was chosen as it is not a far hike. Also this a super popular spot in summer, so if I was to camp here it would need to be a night fewer folks would be out and about. Met Eric at his house and we drove separately. Little Meaghan joined us since it was to be warmer. We caravanned to the TH. There were already 4 cars in the parking area. I had noticed quite a few cars at various trailheads along the way, but these were mostly for mountains. Hoping they were day hikers, we saddled up and started the hike. Just as we crossed the road a couple kids were at the bottom of the trail. It became apparent at least one family was returning from a morning day hike to the pond. We jokingly asked the kids if they went for a swim. The rest of the family was not far behind. Also returning down the trail was a group of 3 backpackers who had spent the night. They informed us the lean-to was empty. 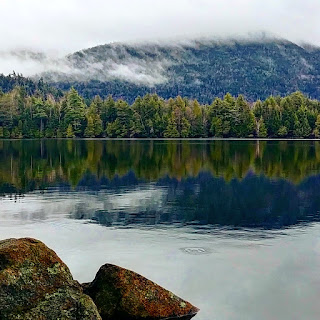 The rocky trail climbed a couple hundred feet before a junction, then rolled a bit more before it dropped 50 feet to the pond. The trail around the pond to the lean-to was quite rocky as well. Eric and I set up camp and realized soon firewood was scarce. We hiked back to the trail and went up the hill a ways before we found some downed wood to gather. We made several trips. Dan arrived followed by Jennifer. We had a good evening together. The next day Jennifer went back to her car to get more supplies. Dan took a stroll around the lake. Multiple groups of hikers came through all day. Jennifer hadn't returned and we began to get worried that something happened. Eventually Kalie and Chad arrived. They told us Jennifer was just warming up in her car. Soon the whole gang was present. We cooked up a Thanksgiving feast like we usually do. Though this time I planned to have it ready so we did not have to eat by headlamp. 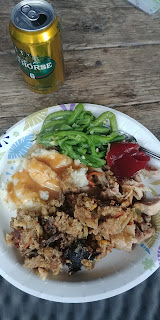 Once the sun went down I was exhausted. I was curled up in my bag around 6:30. I slept well. Was up early to get the fire going so we could all have an early departure. Good times. Thanks to all!